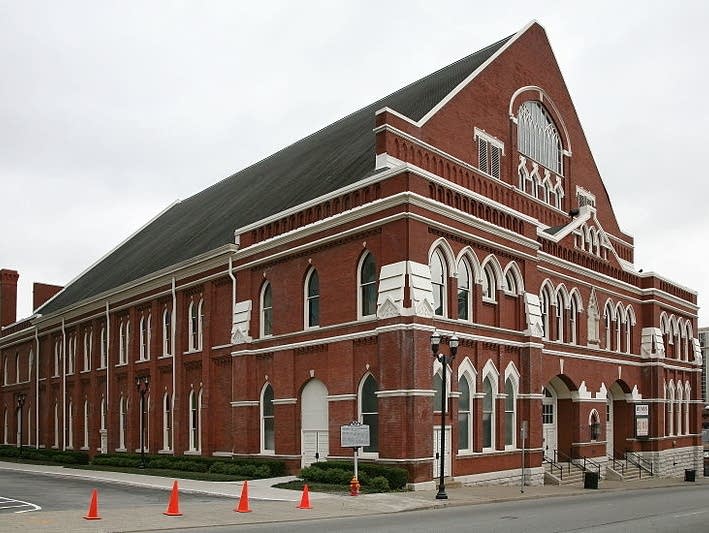 The Ryman Auditorium was constructed in the late 1800s, and is most famous for being the home of the Grand Ole Opry for 31 years. Several different ghosts are said to haunt the Ryman, including Hank Williams Sr., Thomas Ryman (the original owner), and a figure simply known as "The Gray Man" — the spirit of a Confederate soldier who has been seen sitting in the balcony at various rehearsals and performances.

In addition, the "Grand Ole Opry Curse" has been associated with the untimely deaths of numerous former Opry performers, including "Texas Ruby" Fox, "Stringbean Akeman," Jim Reeves, and Patsy Cline. 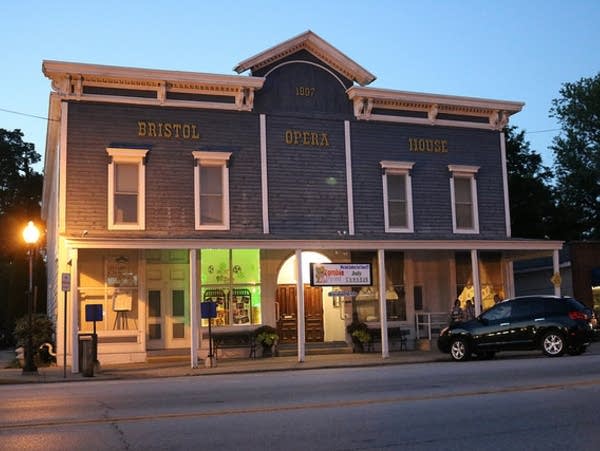 In 1896, Cyrus and Horace Mosier constructed the The Bristol Opera House. It opened the following year, with a production of H.M.S. Pinafore, and in the half-century that followed, it served as a music hall, a cinema, and a skating rink.

The venue is rumored to be the home to a few notable ghost figures. There's "Helen," a middle-aged woman whowatches over performances. A young girl, "Beth," has been spotted on the left side of the stage, peeking out from behind the curtain. And "Percival" — a former handyman at the opera house who's seen as a bit of a trickster — supposedly messing with electricity and wiring, moving props, and brushing up against actors and guests. 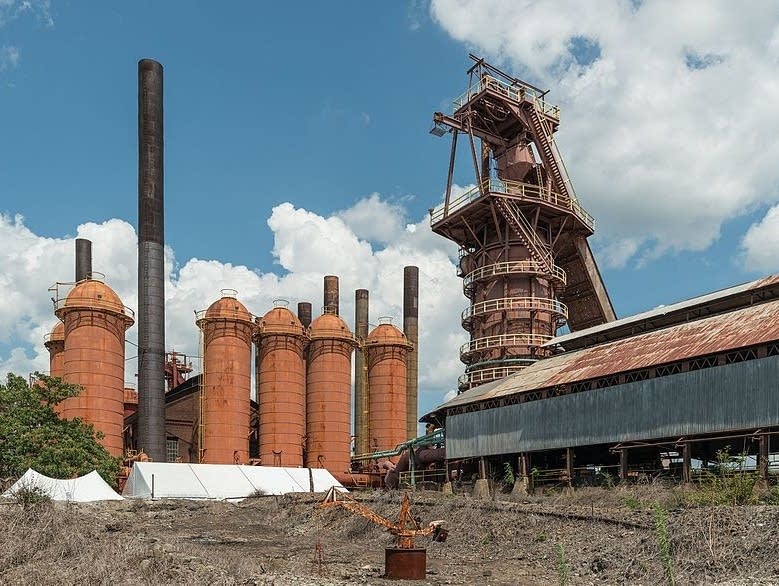 Before being repurposed as a music venue, Birmingham's Sloss Furnaces operated as an iron blast furnace for nearly 100 years. In that time, a number of workers lost limbs and lost lives in the unbearable conditions, which included lethal levels of carbon monoxide and temperatures reaching 120 degrees and higher. Many believe the souls of those angry workers still roam the site.

There's also the legend of "Slag" — as in James "Slag" Wormwood, a graveyard-shift foreman in the early 1900s known for pushing his workers in to taking dangerous risks. In fall of 1906, "Slag" lost his footing at the top of the highest blast furnace, plunging into a pool of melted iron, instantly melting his body. Reports stated that he became dizzy and lost his balance, but many thought it was the work of frustrated workers who finally had enough of the ruthless taskmaster.

There have been numerous "Slag" sightings since the death, including in 1926, when a night watchman reported being pushed from behind and hearing a deep voice growl, "Get back to work." The watchman searched the grounds but found no signs of another person there. 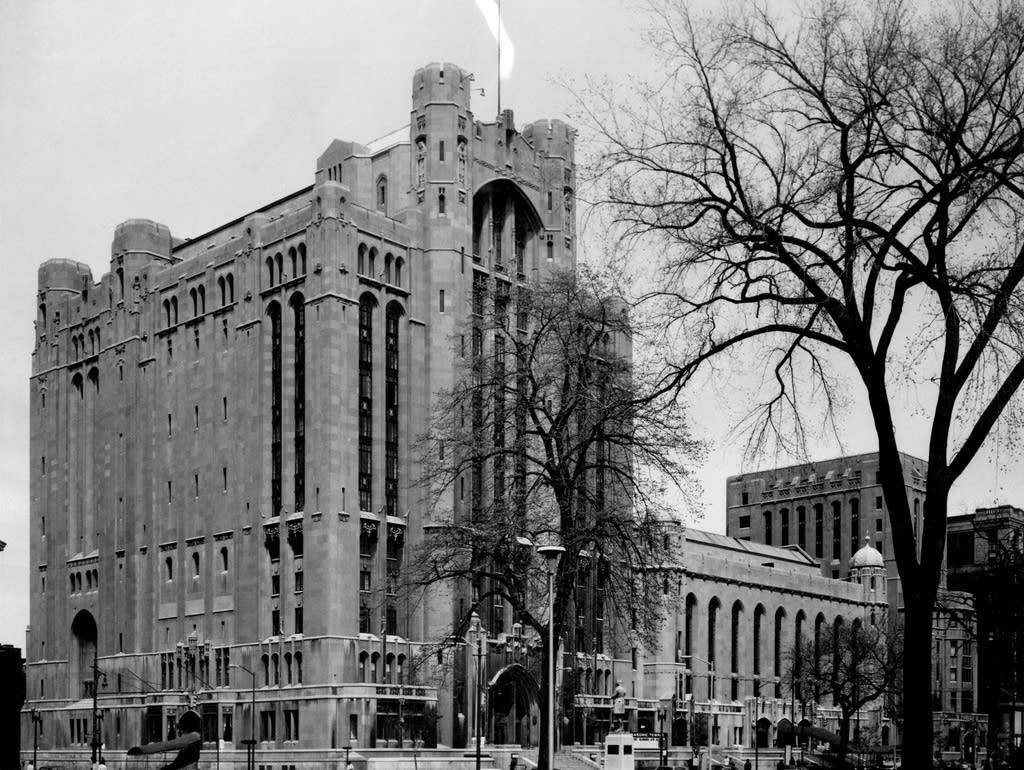 The world's largest masonic temple opened in Detroit in 1922, designed by famed architect, George D. Mason. Construction costs for the building skyrocketed over time, in part due to several hidden passages, compartments and staircases. This drove Mason into bankruptcy and depression, and it is said that Mason jumped to his death from the roof of the building.That's not actually true (Mason died in his bed at the age of 92), but over the years, security guards tell stories of seeing his ghost climbing the stairs to get to the roof, and visitors report slamming doors, unexplained shadows and a feeling of constantly being watched. 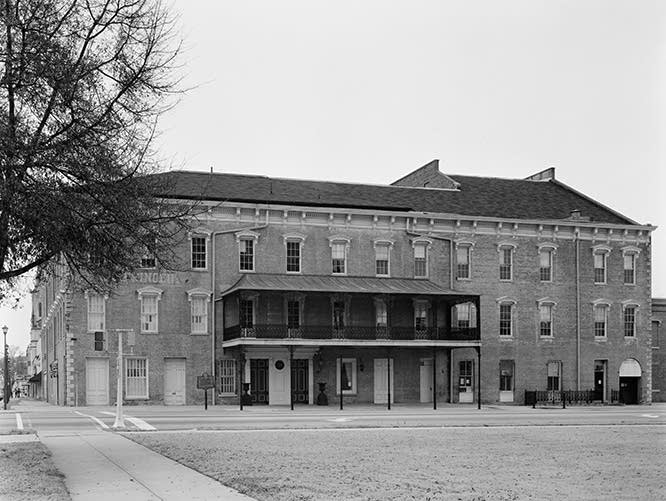 The stage of this beautiful old Georgia theater has been home to many remarkable figures throughout its history — including Oscar Wilde, John Philip Sousa, Ethel Barrymore, Will Rogers and Franklin D. Roosevelt.

Another notable character, Edwin Booth, was a famed actor who performed in the theater in the 1870s. Sadly, his primary claim to fame was being the brother of President Lincoln's assassin, John Wilkes Booth (the two had even performed together in an 1864 production of "Julius Caesar").

Local residents believe Edwin liked the hall so much, he never left. In the years since his death, many strange events have been reported, most frequently involving missing props and wardrobe. 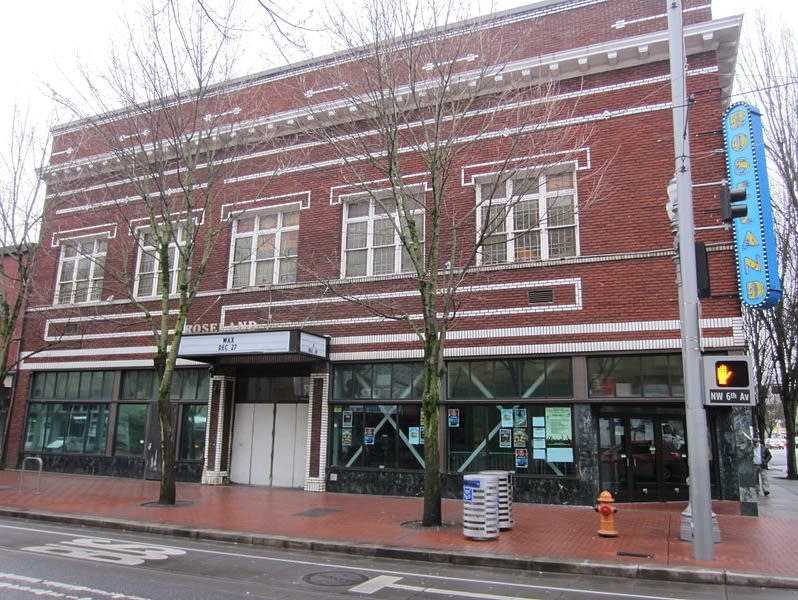 Portland's Roseland Theater was originally constructed as a church in 1922, but 60 years later, Larry Hurwitz converted the building into a music venue — Starry Night. In 1990, a 21-year-old promoter named Tim Moreau discovered that Hurwitz was running a counterfeit ticket scam in the club, and four days after confronting him about it, Moreau's body was discovered in the Willamette River, weighed down by microphone stands. Hurwitz was convicted of the murder (10 years later), and residents believe Moreau still hangs out at the club. 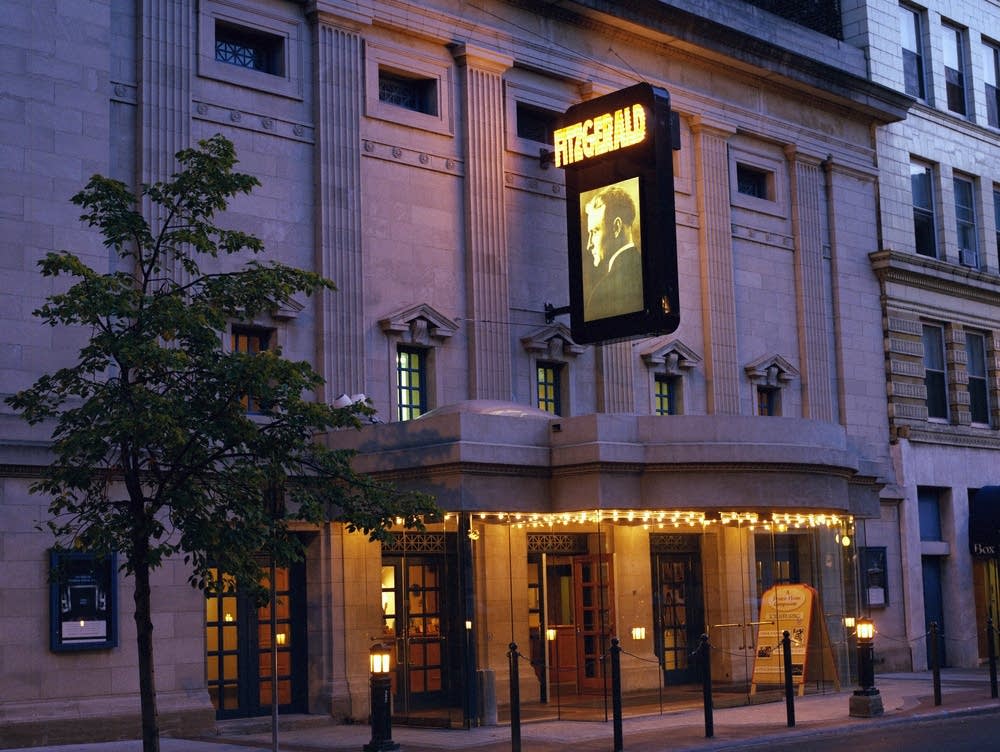 During the 1985 renovation of The World Theater (renamed in 1994 after beloved author/St. Paul native F. Scott Fitzgerald), workers were shocked to discover a second balcony above a false ceiling they removed. They also found a note written to a former stagehand named Ben. After this discovery, a number of unexplained phenomena began occurring as Ben seemed to be making his presence known: cold spots in the theater that weren't there before, tools being moved around or disappearing, and a dark shadow seen roaming the catwalk 60 feet above the stage. 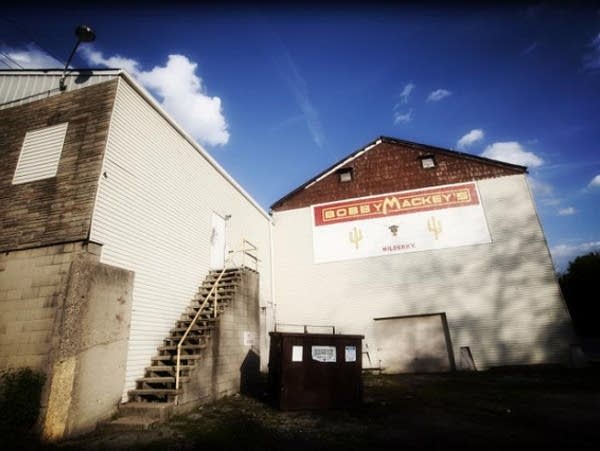 Billed as "the most haunted night club in America," Bobby Mackey's backstory is certainly one of the darkest and bloodiest. The building was originally built in the 1850s as a north Kentucky slaughterhouse. It became a speakeasy in the 1920s, a club called the Latin Quarter in the 1950s, and was finally purchased by Bobby Mackey in 1978.

Fueling rumors of paranormal activity, the basement of the venue (the only portion of the club that existed back when it was a slaughterhouse) was believed to be a meeting spot for local occultists and Satanists who turned the basement into a sort of sacrificial chamber. The venue's most famous phantom is Pearl Bryan, whose headless corpse was discovered 2.5 miles down the road in Fort Thomas, Ky., in 1896. 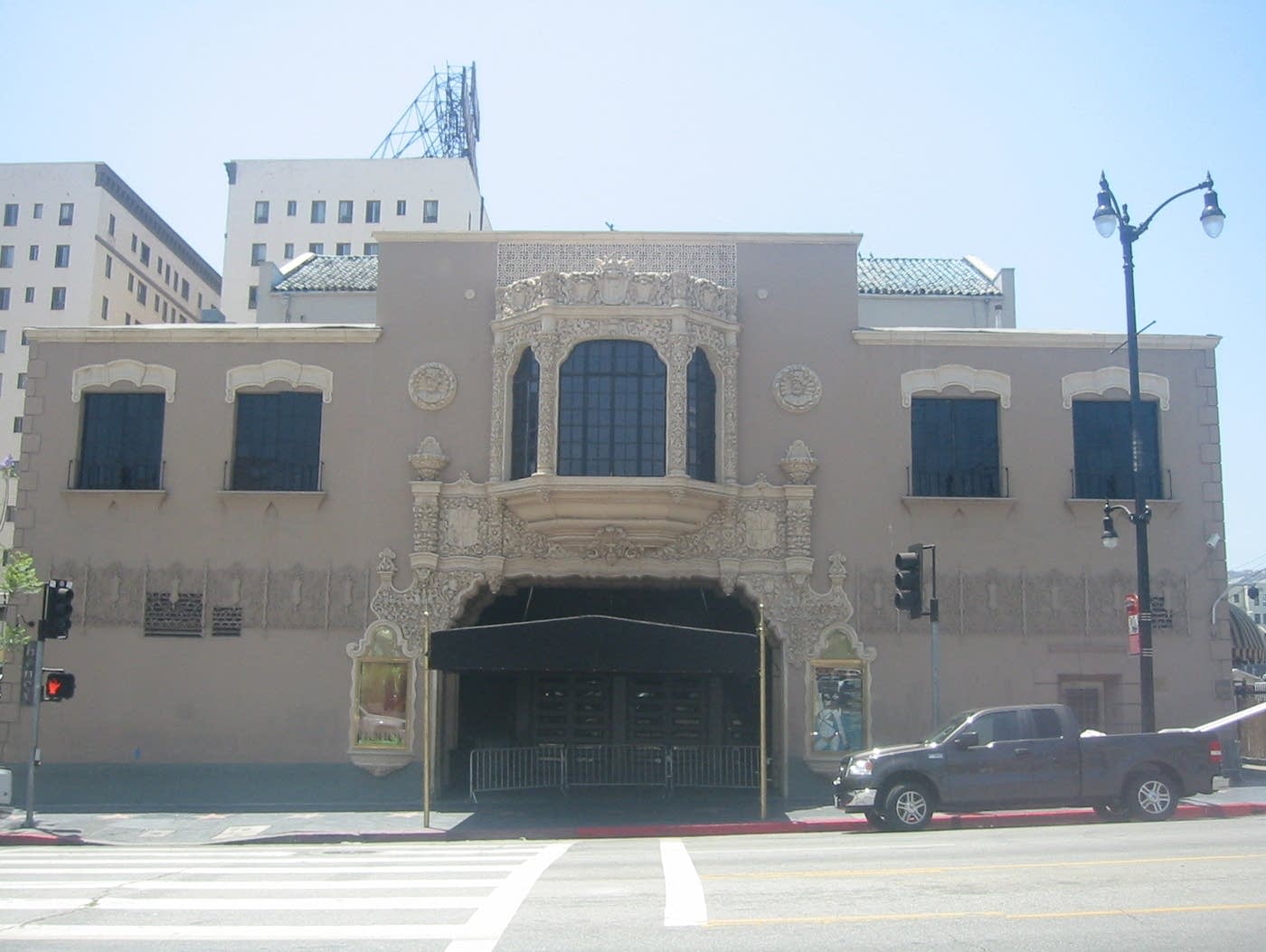 Avalon Hollywood opened in 1927 as The Hollywood Playhouse, and went through a number of name changes before becoming the lavish nightclub it's known as today. Over the years, there have been reports of a man in a tuxedo roaming the theater, a formally dressed couple sipping cocktails in a private box, and perfumed phantoms that are smelled but never seen.

Like the Bristol Opera House, Avalon has its own resident handyman/ghost/prankster — Harry, an electrician who worked there in the 1940s. He seems to be fond of hiding tools and tying cables in knots high above on the catwalks.

A darker part of Avalon's legend involves a chorus girl who broke up with her technician boyfriend backstage, and then stepped on to the stage to perform. The distraught technician then climbed to the catwalks and leapt to his death onto the stage in front of the girl who dumped him. Visitors claim to still hear her blood-curdling screams in the theater. 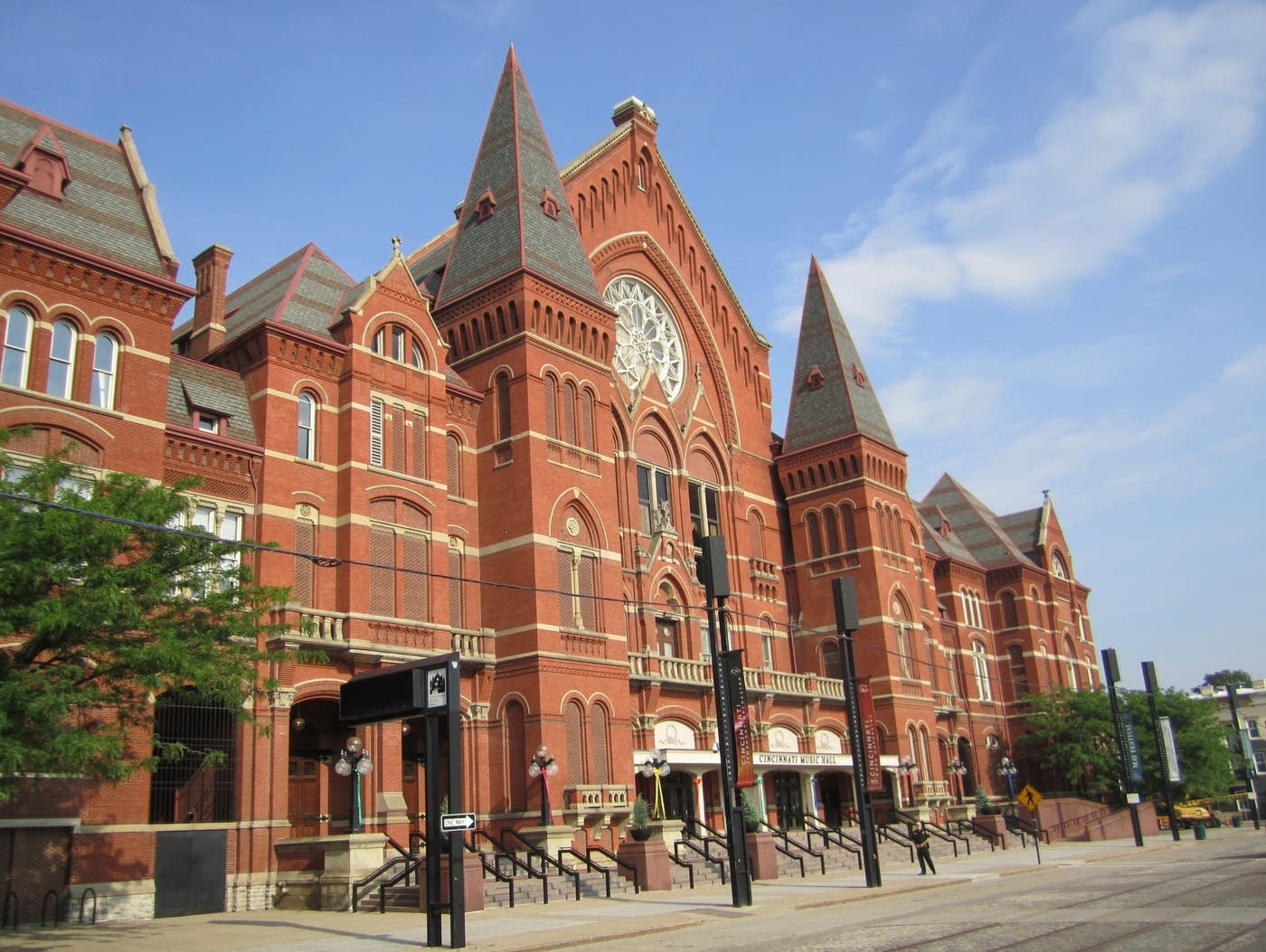 Perhaps the most famously haunted among American music venues is Cincinnati Music Hall, completed in 1878. The hall was actually built over a paupers' cemetery, bolstering claims that there are ghosts roaming the property.

In 1988, while workers were digging a new elevator shaft, human bones were exhumed — 88 pounds worth on the first day, 119 on the second.

Regarding the ghosts of the hall, Erich Kunzel — former conductor of the Cincinnati Pops — once said in an interview, "Sometimes when I was arranging, getting things together, I've worked here all night long. So I've met these people. They're not in the offices, but when you go out into the house they're there, they're upstairs. ... If you think I'm crazy, just come here sometime at three o'clock in the morning. They're very friendly."

The Travel Channel once named the hall one of the "Most Terrifying Places in America."