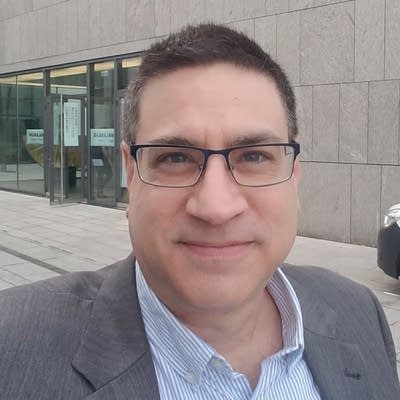 Randy Salas is the senior digital producer of classical music for Minnesota Public Radio and American Public Media. He oversees all classical digital content, including the website, social media, videos, e-newsletters and podcasts. He joined MPR/APM after 27 years at the Minneapolis Star Tribune, where he most recently served as an editor of the newspaper’s website. He spent 10 years as a reviewer for Fanfare classical magazine. He also co-founded a publication for fans of the Moody Blues that ran for 25 years, including serving as a consultant on the band’s Time Traveller boxed set and contributing to a British documentary about the group. A lifelong trombone player, he has performed in community bands, brass ensembles and jazz groups. His stints with the marching arts include performing with DCI’s Suncoast Sound and with DCA’s Minnesota Brass when that corps won the world championship in 2011, before joining its hornline staff through 2016.