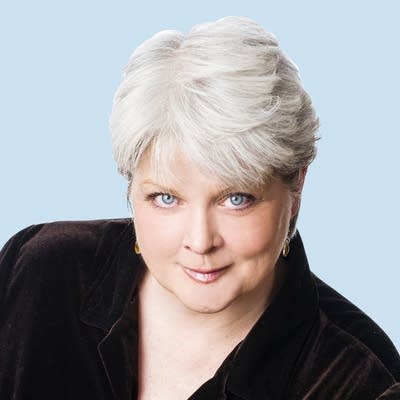 Lynne has been at this radio thing since 1984 when she fell into an historic job at KFAC AM and FM, the commercial classical station in Los Angeles. She was the first woman staff announcer in the station's history, and it was such big news back then, it made the LA newspapers and national radio publications. She is thrilled women in radio is no longer newsworthy.

She started life as a singer and actor, having several TV and film credits that include, "The Rockford Files", "Bret Maverick", "Rich and Famous" (George Cukor's last film), "Mommie Dearest", "Cannery Row" and "The Waltons". While attending an acting class in LA, the music director of KFAC asked if she'd be interested in auditioning for a part time job, and radio is where she's been since then.

Lynne hosts APM's Flicks in Five and Saturday Cinema as well as doing a daily national classical program and appearances with Minnesota Orchestra, SPCO and still acts from time to time when she can talk someone into it. She has a passion for dog rescue and shares life with Rough Collies, Gordon Setters, a garrulous African Grey parrot and her Lipizzaner horse, Teddy.