American Public Media's Performance Today is America's most popular classical music radio program and a winner of the 2014 Gabriel Award for artistic achievement. The show is broadcast on hundreds of public radio stations across the country. More information about our stations can be found at APM Distribution.

Performance Today features live concert recordings that can't be heard anywhere else, highlights from new album releases, and in-studio performances and interviews. Performance Today is based at the APM studios in St. Paul, Minn., but is frequently on the road, with special programs broadcast from festivals and public radio stations around the country. Also, each Wednesday composer Bruce Adolphe joins host Fred Child for a classical music game and listener favorite: the Piano Puzzler.

In the PT Young Artist in Residence program, Performance Today highlights young musicians from conservatories around the country who have potential for great careers in music. Previous Young Artists have represented a variety of music schools and organizations including the Juilliard School, the Sphinx Organization, the New England Conservatory, the Colburn School, and the Jacobs School at the University of Indiana. PT is proud to count pianists Orli Shaham, Jeremy Denk, and Charlie Albright, guitarist Jason Vieaux, and violinists Simone Porter and Alexi Kenney among its many former young artists.

Performance Today values excellence, inclusivity, and discovery in classical music performance. We are dedicated to showcasing the performances and stories of all who contribute to the growth of classical music. Scroll down to the FAQ section below to learn more about submitting your recording for consideration. 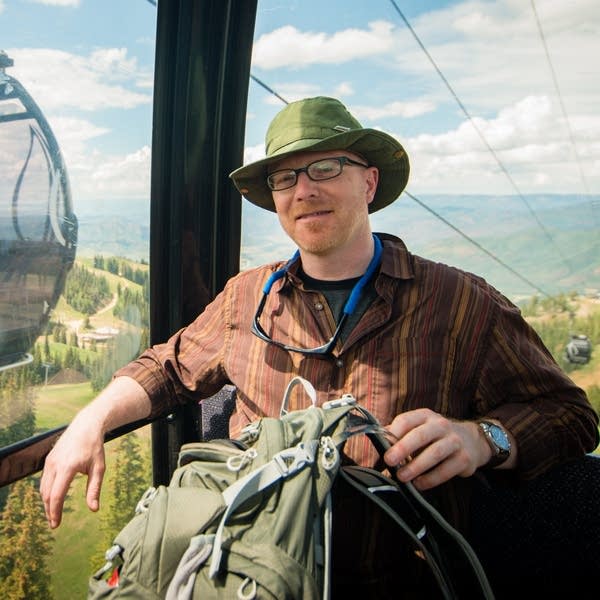 
Since 2000, Fred has been the host of APM's Performance Today, the most-listened-to classical music radio show in America. Fred is also the commentator and announcer for Live From Lincoln Center, the only live performing arts series on television. Fred also hosts musical events on stages around the country, working with major orchestras and festivals, and connecting with audiences coast to coast.


Beyond the world of classical music, Fred hosted NPR's innovative Creators@Carnegie, a program of wide-ranging performers in concert, including Brian Wilson, David Byrne, Dawn Upshaw, Youssou N'Dour, Caetano Veloso, Emmylou Harris and many more. Before going to NPR, Fred was music director and director of cultural programming at WNYC in New York, host of a live daily performance and interview program on WNYC, and for 10 years, a host at Oregon Public Broadcasting.


Fred has hosted live national concert broadcasts, including the Los Angeles Philharmonic from Walt Disney Hall, the Last Night of the Proms from London, New Year's concerts by the New York Philharmonic, the Boston Symphony, dozens of A-list artists from Carnegie Hall, and BBC specials for American audiences.


While growing up in Portland, Oregon, Fred studied classical piano. He also dabbles in guitar, percussion and bagpipes. His percussion band opened for the Grateful Dead at the Oakland Coliseum. He has narrated works at the Aspen Festival, with the Virginia Symphony, with the U.S. Marine Band and at the Round Top Festival-Institute. His rare musical performances in public include percussion with guitarist Sharon Isbin, and piano four-hands duets with Andre-Michel Schub. He appears as an actor in a video commissioned for the Partita for Solo Violin by Philip Glass.

Brad Althoff is the managing producer for national classical programs at American Public Media. At APM he oversees the production of Performance Today, Composer's Datebook, SymphonyCast and Pipedreams, the holiday portfolio of programs, and special national concert broadcasts. A lover of fashion, the gym, and his art, what free time he has is divided equally between painting, lifting, and the tailor. 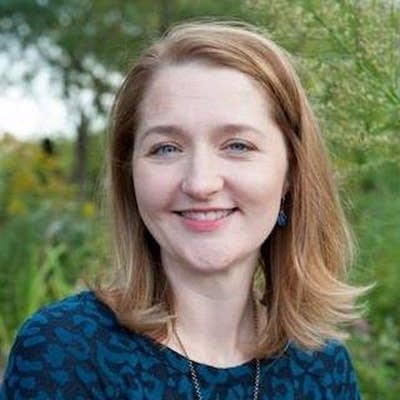 Suzanne chooses the music broadcast on the show and covers music festivals, brainstorms story ideas and edits interviews and feature segments. She grew up in Nebraska, taking piano and cello lessons, eating chili with cinnamon rolls (as Cornhuskers do), and imagining a career as a journalist. Her studies took her all over the country and the world until she landed in Minnesota, accepting a position with the public radio program Saint Paul Sunday. Since then, Suzanne has produced numerous national and regional broadcast programs, digital projects and live events. Suzanne lives with her husband and their three feline and canine companions. 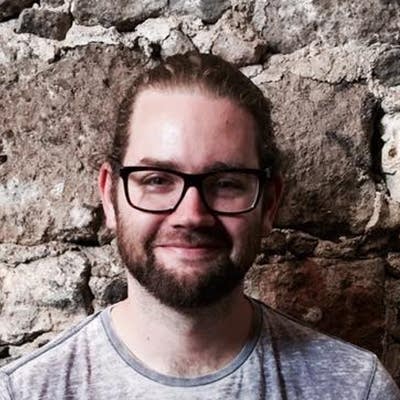 Evan got his start in broadcast at KUVO in Denver, where he had the opportunity to record world-class performers such as Chris Thile, Yo Yo Ma and the Colorado Symphony. Those early experiences sparked a passion for wanting to record some of the very best musicians in classical music. After a few years at the Aspen Music Festival, he moved to Minnesota, where he later began working with Performance Today. Evan holds an MM in Tuba Performance and remains active as a performer in the Twin Cities. When he is not recording Performance Today or playing music, he enjoys being outdoors, running and spending most of his time with his wife, daughter and two big dogs.

Craig Thorson is the Technical Director for Performance Today. In addition to mastering the live music recordings that are programmed for each daily program, he records guest performances and interviews. Craig enjoys skiing, tennis, and bicycling, and boating. 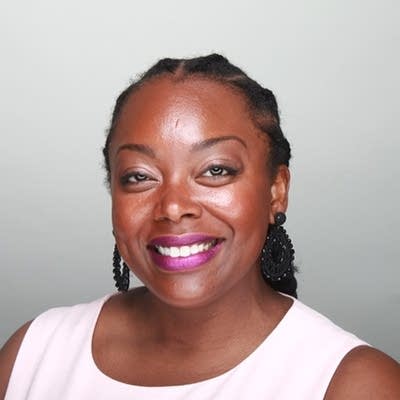 As a producer for Performance Today, Meghann chooses music to broadcast on the show, she writes web articles and scripts, she facilitates, conducts and edits interviews and she helps to manage PT's social media pages. Meghann is also the producer for the PT Young Artist in Residence Series. Before joining the team, she spent five years working in higher education. Meghann is also a mom, a part-time actress and fashion lover. 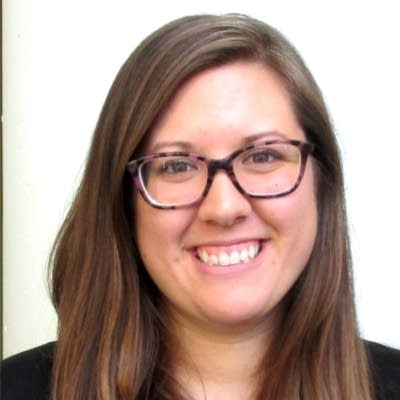 As an Associate Producer for Performance Today, Kathleen Bradbury writes scripts and assists with external communications. In her spare time, she likes to read fiction, lift heavy weights at the gym, and frolic about in nature. But above all else, Kathleen loves to sing Broadway showtunes--much to the delight of her wife, her infant son, and her rescue dog. 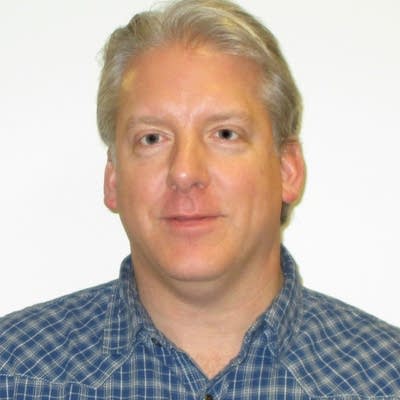 Jon Gohman is an associate producer for Performance Today. He is responsible for various behind-the-scenes functions, including liaising with artists and creating materials for national distribution. In his spare time, he enjoys reading, playing the guitar, and thinking about Langrange points.

From the homepage, click on “Episodes” to see a complete listing of shows. Click on each individual show for a complete playlist of each episode.

It’s possible, but not likely. Many of the performances that you hear on Performance Today are not available for purchase because they were played at a live concert. In some cases, the musicians have recorded that same music for a commercial CD. If so, album title and recording label information will be available in the playlist.

Why can't I listen to the show?

First, try clicking on the play button. If that information doesn’t help, refresh your browser window. If you’re still having trouble, please send us a detailed description of the problem and our web producer will try to resolve the problem as soon as possible.

Please note that you can stream any PT show for up to thirty (30) days after it first broadcasts. After that thirty day window, the show will no longer be available.

Can I be a contestant on The Piano Puzzler®?

Yes! Please send us your name, phone number and a brief description of how you listen to Performance Today. We don’t record new Piano Puzzlers each week, but we will do our best to include you for the next Puzzler recording session.

Can I send you a recording of my concert or recommend a concert for broadcast on Performance Today?

Yes! We now accept digital submissions of concert materials that have been approved by the artists. To receive login access to our submission system, please contact us. After your account has been created, you will be able to submit concert audio online*. Click here to read more about our specific audio requirements.

*For best results, please use Google Chrome to access the submission site.

Feel free to call our listener line to leave a comment or ask a question. Our number is 1-866-943-4450. With your permission, we may play some of the comments on the air. You can also email us at mail@performancetoday.org.